For those looking to escape the hustle and bustle of the party scene in the other Islands, Menorca is for Culture Historians and nature lovers, sporting picturesque beaches and fine cuisine. A slower pace with tranquil beauty, it is a destination of relaxation and exploration. The regular connection from Barcelona to Menorca and from Valencia to Menorca is popular for its comfort. The ferry ride takes approximately 7 hours. 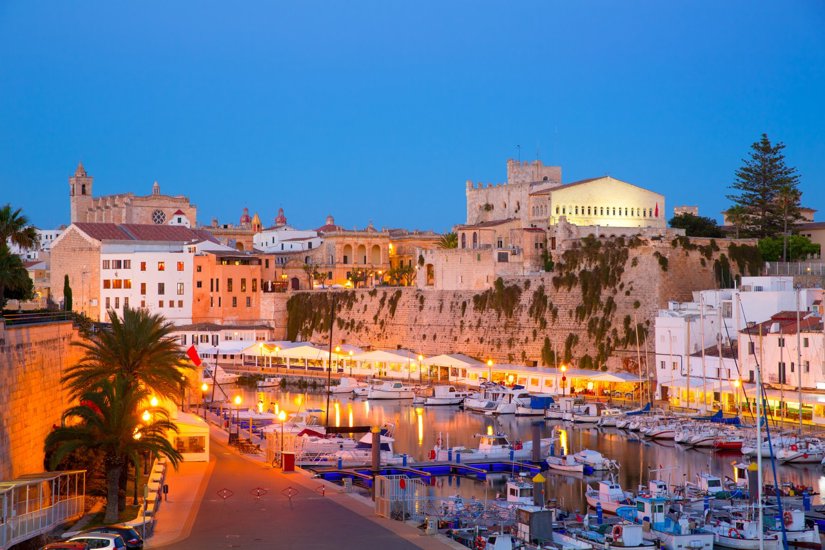 Snorkeling and or diving through the crystal-clear waters as well as kayaking for those who wish to explore the Menorca coastline, this is the perfect setting to do so.

A 28-meter-high Lighthouse which is still active, the Favaritx Lighthouse and is made of concrete standing 47 meters above sea level. Its unique design and location make it a popular tourist destination.

As one of the most important sites on the Island in relation to its history and origins, Talatí de Dalt it a true wonder. During the 3rd Century BC, this village was thought to be of medium size with a population of less than 100 people. The site is still being excavated.

Up for a Festival?

The Summer Solstice Festival takes place in the month of June in Menorca where there are bonfires and horse parades with a host of other activities. 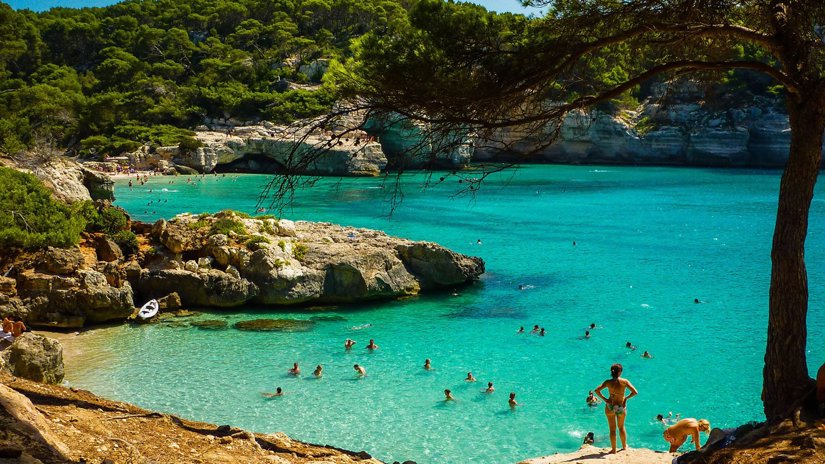 Cala Mitjana is a bay and beach located in the southern coast of Menorca and is recommended to be visited during the summer season.

Cala Presili will be the first beach coming from the famous Favaritx Lighthouse. It is also unique with fine white sand. This beach is also a popular spot for nudists although it is protected and they as that you respect the environment.

Cala Pregonda is one of the most famous beaches located in the north and is characterized by its red or golden sand. As well as the Islets protect the beach from the ocean swell as well as the water is crystal-clear in typical Balearian fashion when the ocean is calm. 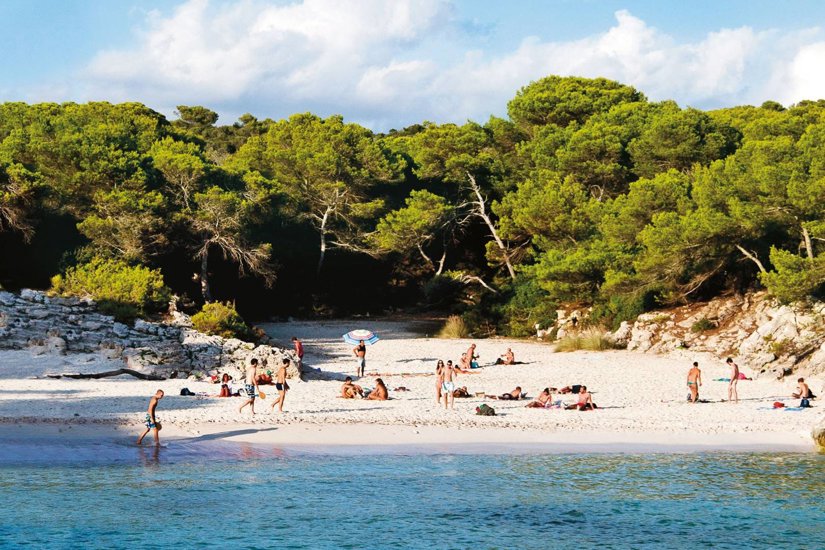 Menorcan cuisine is fresh and delicious. It is also said to be the birthplace of the famous Mayonnaise sauce in the city of Mahon.

Stuffed Aubergines (Eggplant) may have become an international favourite however, it is a local Menorcan dish. Many have tried variations including the likes of Jamie Oliver. Try in in the home of this delicious meal.

Lobster stew has had some variations however, the Menorcan is the traditional dish of the Island made with Spanish onion, plum tomatoes and various peppers and is also known as CALDERETA DE LANGOSTA. 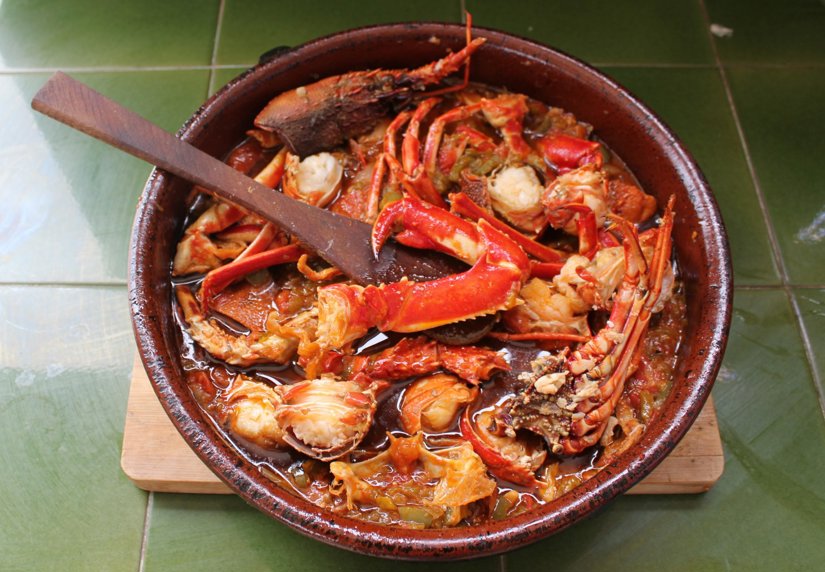 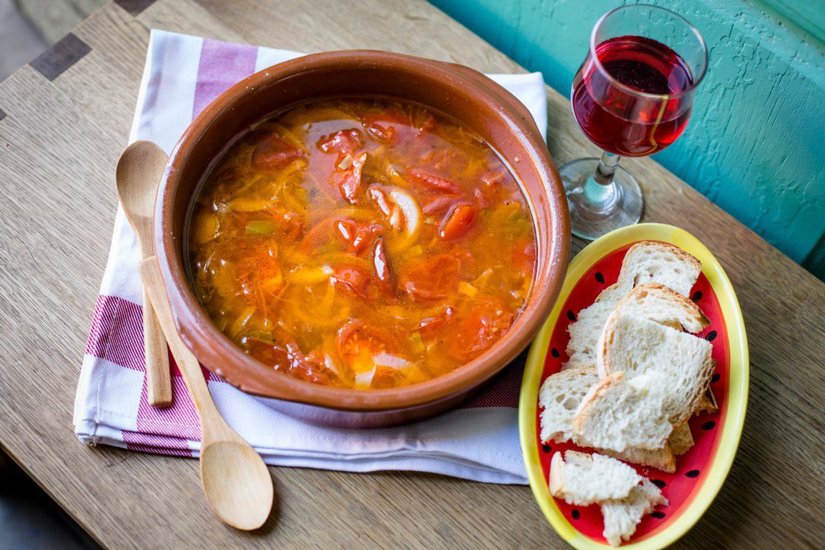 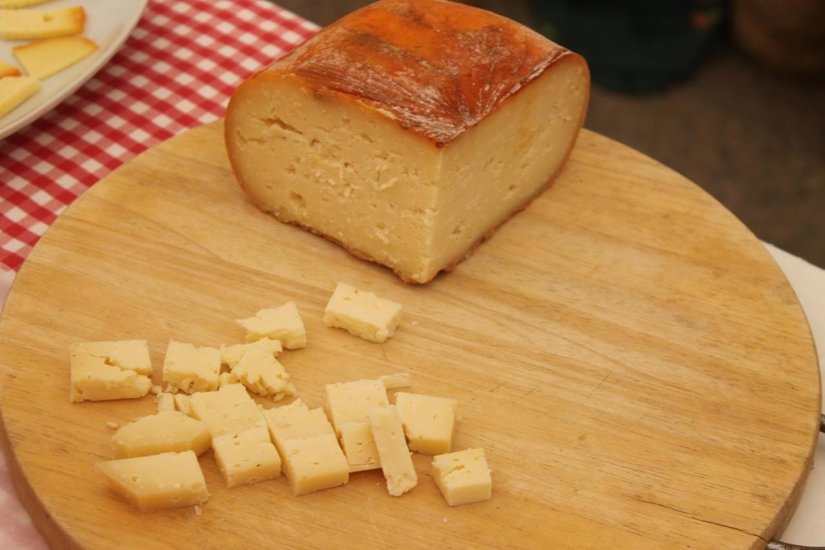 Another dish that is traditional to Menorca and super delicious would be the “Cold Tomato Soup” known as Oliaigu. A simple dish consisting of tomatoes, Olive oil, green pepper and garlic. Served with bread and fresh figs, this is traditionally a breakfast dish however. Is now also accepted at lunchtime.

We save the best for last with Queso de Mahón, which is cheese made from cows’ milk however, the grass in Mahon (Menorca) is saltier due to the ocean salt residue and thus affects the salt content of the cheese. The cheese is then rubbed with butter and paprika during the maturation process and this gives the rind a pronounced orange colour.

Vising Menorca will leave memories in all your senses. Look for all the ferry connections and book your ferry ticket here.